I See You Campaign 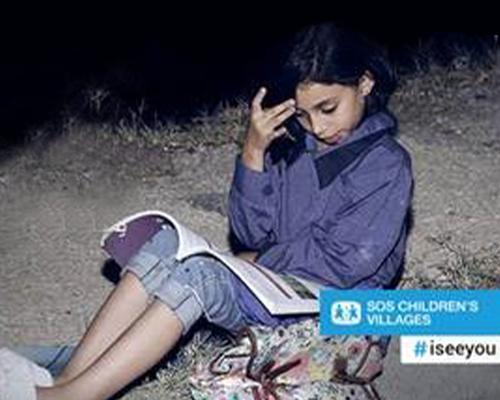 I See You Campaign

On the occasion of World Orphan’s Day, celebrated annually on the second Monday of November, ‎SOS Children’s Village Jordan is strengthening efforts to raise funds to continue caring for orphans in ‎Jordan by providing them with alternative family structures and social programmes.‎

‎
SOS Children’s Villages International is an Austria-based NGO that has been operating for 70 years and ‎now works in 136 countries.‎
In September of this year, the organisation launched the #iseeyou campaign to raise awareness that ‎‎“everywhere, children are neglected, abandoned, abused, orphaned or displaced, but we don’t ‎always see them”, according to its website.‎

‎“The first SOS Children’s Village was opened in 1949 in Imst in Austria by Hermann Gmeiner because ‎after World War II, the number of abandoned children and orphans in the world had increased, and his ‎idea spread around the world,” said Mohammad Shalaldeh, national director of SOS Children’s Village ‎Jordan and Palestine, in an interview with The Jordan Times on Monday.‎

‎“We started working in Jordan in 1983,” he noted, adding that the first SOS Children’s Village in the ‎Kingdom was officially opened in Amman in 1987 by His Majesty the late King Hussein and Her Majesty ‎Queen Noor, and was followed by two further villages, one founded in Aqaba in 1992 and one in Irbid ‎in 1999.‎

‎“We accept children who meet our criteria through the Ministry of Social Development,” the director ‎said, noting that many of the children have either lost their parents or their families are unable to care ‎for them.‎

Currently, the organisation cares for around 260 orphaned and vulnerable children at the three ‎villages, which consist of different family houses in which substitute mothers care for 5 to 8 children ‎who live like brothers and sisters, according to Shalaldeh.‎

‎“We also care about gender policies, child protection and violence prevention,” he added.‎
The organisation’s aim is to strengthen each individual child, develop their talents and integrate them ‎into the local community, so they go to public schools, Shalaldeh said.‎

When a child is 13 or 14 years old, they move to one of several youth houses run by SOS in Jordan and ‎live there until they are 18 years old. Shalaldeh highlighted that even after a child is no longer under ‎the organisation’s direct care, they continue to receive support until they are fully independent, ‎adding that until now, over 400 young people from the villages have graduated with university ‎degrees.‎

In addition to the children’s villages, the organisation is also responsible, via community-based ‎organisations in disadvantaged areas, for programmes that support Jordanian families at risk of ‎abandoning their children and has also launched a programme that targets Syrian refugees, according ‎to the director.‎