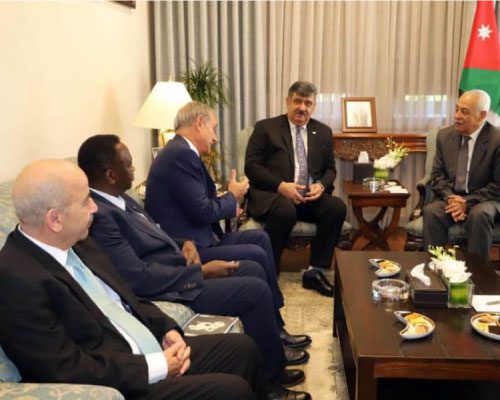 During the meeting held at the Royal Court, Issawi lauded the organisation’s role locally and ‎internationally in parenting orphans and children without a supportive network, highlighting King ‎Abdullah’s directives to relevant authorities to provide top-notch services to these children.‎

Kaul hailed the Kingdom’s efforts towards the welfare of orphans and children, valuing the Kingdom’s ‎support for the organisation, the Jordan News Agency, Petra, reported.‎