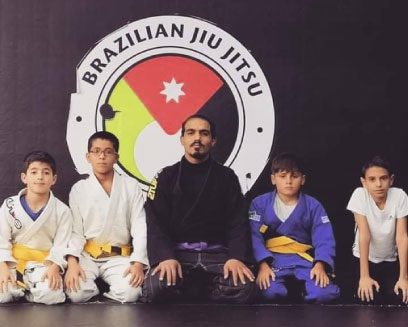 My name is Ramadan, and I am 23 years old. I have lived in SOS Children’s Village, Amman. After I graduated from the village, I moved to Bayader youth house, and I have taken a course in physiotherapy at University of Jordan. Today; I am a Jiu-Jitsu athlete and a part of The Mirza Sports team, which is the first Arabic team in the Middle East Region, and in the fifth place worldwide.

I want people to know that Jiu-Jitsu sport is solely a self-defense sport, and relies immensely on cogitation and the brain, more than it being only a fighting sport.

Although I once injured my shoulder in one of the competitions, I took a timeout in practicing this sport, but then I came back on track stronger and tougher than before. Where I have greatly worked on myself along with the support of the village; wherein without their support, I would not have won multiple competitions, and few of them were the West Asia Championship, Abu Dhabi Championship for Jiu-Jitsu professionals and Peace Grand Championship. In addition, I have been awarded a championship belt from EFC in Mixed Martial Arts sports and the other championship was with The AUFC.

My continuous ambition is to keep winning first places in the competitions, and you can know more about me through my interviews broadcasted on YouTube.
Last thing I would like to say is “even if you don’t have anything, work hard and make something on your own, and rely on yourself and strive forward on your future so it will always shine positively”.